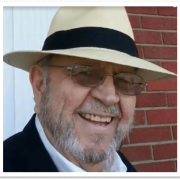 William Edward Galbreath, 82, died on September 8, 2022. He was born on October 2, 1939 to the late Howard Ely and Hazel Allen Galbreath. Bill graduated from Danville High School in 1957 and later enlisted in the United States Air Force. He was a 32nd degree Mason with the Franklin Lodge #28. He was also member of the Oleika Shrine Temple, the American Legion, the VFW, Disabled American Veterans, and the Old Goats Club. Bill was a Kentucky Colonel. In addition to his parents, he was predeceased by his wife Erika Galbreath.

Bill is survived by his sons; Christopher Galbreath, Kelvin Galbreath, and William Galbreath Jr., daughter, Karen (John) Howard, brothers; Howard Galbreath, Robert Galbreath, and James Ely, six grandchildren and 7 great-grandchildren.
The funeral service will be held at 1 pm on Thursday, September 15, 2022, at Stith Funeral Home in Danville. Father Anthony McLaughlin will be the celebrant. Visitation will be held from 11am to 1 pm prior to the service. Burial will be in Camp Nelson National Cemetery.