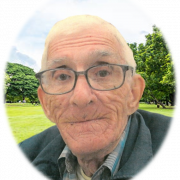 William “Billy” Clinton Warren, Sr., 86, died April 25, 2022. He was born September 24, 1935, in Danville, son of the late Harlan Franklin and Verna Ollie Lewis Warren. Billy graduated from Parksville High School. After graduation he served in the National Guard from 1953 to 1957. During the 50’s and 60’s, Billy worked as the usher at the Kentucky Theater in Danville and knew every child by name. He was a member of the Perryville Masonic Hall, a member of Shakertown Baptist Church, and the United Paper and Paperworkers’ Union in Nashville, Tennessee. Billy loved to go to church and the senior citizens center in Harrodsburg. In his free time, he enjoyed spending time with his cat, Muffy, and watching old westerns on tv. In addition to his parents, he is predeceased by his son, James Edward Warren; a grandson, Robert Dale Wylie, Jr.; a sister, Lorraine Thompson; and two brothers, Gerald Warren, and Edward Warren.

The funeral service will be 1 pm, Thursday, April 28, 2022, Stith Funeral Home, Danville. Visitation will be prior to the service from 11 am to 1 pm. Rev. Joe Smith will officiate. Burial will follow in Bellevue Cemetery. Pallbearers will be Marcus Warren, Robert Dollar, Tim Dollar, Ethan Dollar, Doodle Coontz, and Phillip Swope. Honorary pallbearers will be his grandchildren, and great-grandchildren. Memorial donations are suggested to Danville-Boyle Co Humane Society. Please sign the online guestbook or send a Hug from Home.