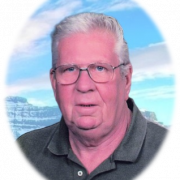 Thomas Van Orden, 83, passed away on December 4, 2022, in Danville, KY. Thomas Van Orden was born on June 1, 1939, in West Milford, NJ, to the late Gustave Van Orden and Florence Van Orden. Thomas graduated from Butler High School in 1957 and went on to become a machinist apprentice for Phillips Lighting Corporation where he worked for 40 years in management.

Thomas was best known for putting his family first through hard work. He enjoyed spending time with his family during gatherings and vacations to the beach. He was also known for his ability to make people laugh by telling jokes.

In addition to his parents, Thomas is preceded in death by Audrey Mahon, sister, and Margaret Waarst, sister. He is survived by his brother, Gregory Van Orden.

A Funeral Mass will be held on Friday, December 9, 2022, at 12:00 PM at Sts. Peter and Paul Catholic Church in Danville. Father Anthony McLaughlin will be the Celebrant.  Visitation will be on Thursday, December 8, 2022, at Stith Funeral Home in Danville. The burial will be in Bellevue Cemetery. Memorial donations can be made in Thomas’s name to Saints Peter and Paul Catholic Church.

Funeral Mass will be live streamed and the link will be provided shortly.