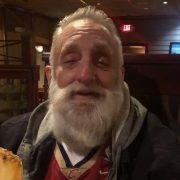 Services are pending at this time.

Stephen James Roth Sr. unexpectedly passed away on December 4, 2022, in Danville, Kentucky. He was born to Jeannette Sullivan and George Roth on February 4, 1962. He leaves to cherish his memory, his children, Danielle Thompson, Stephenie Burke (Joey), Chrystal Johnson and Stephen Roth Jr. He also leaves nineteen grandchildren and two great grandchildren. He was the brother to Jeannette April, Robert McDowell, and Chuck Roth. He leaves behind a host of nieces, nephews, and cousins. He was preceded in by his mother, Jeanette Sullivan; his sister, Mazie McDowell; and his granddaughter, Arianna. Big Steve, as he was better known, loved his family, especially his grandkids, and he enjoyed his life to the fullest with no regrets. He was truly a rolling stone.