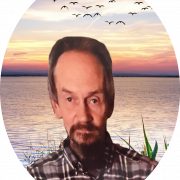 Ronnie K. Polson, 66, died at his home on Friday, May, 27, 2022.  Born in Clinton County, Ky. on July 22, 1955, he was the son of the late J.S. and Reba Mae Stone Polson. He was a high school graduate and served in the U.S. Army.  Ronnie retired from M&M Sanitation where he worked for many years. He then was a school bus monitor for the Danville Independent School District and loved his friendships with all the bus drivers and the students. He was a member of Immanuel Baptist Church.  Ronnie loved to fish and watch reruns of The Andy Griffith Show. He thought Barney Fife was the funniest character.  Ronnie was a good man who would do anything for anyone. He was quiet, more of a listener than a talker and he would give you the shirt off his back.  He loved life and his family and never said an unkind word about anyone.  In addition to his parents, he is predeceased by his brother, Gary Wayne Polson.

Visitation will be Wednesday from 11 a.m. to 1 p.m., followed by the funeral service at 1 p.m., Wednesday at Stith Funeral Home, Junction City. Rev. Steve VanHook will officiate.  Burial will follow in the Junction City Cemetery.  Pallbearers will be Alan Shepherd, Bill Price, Bruce Warner, Larry Casey, Darrell Bryant, Joe Burchett, Stephen Warner, Steve Sanders and Ronnie Davis. Honorary pallbearers will be the Danville Independent School System bus drivers and monitors.  The online guestbook and our Hugs from Home program are available at www.stithcares.com.