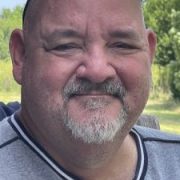 Robert was born the 21st of November 1959 in Asheville, NC and passed on the 27th of January 2022 in Danville, KY. He was 62 years young. Robert would happily and proudly tell anyone his most valued possession was his family. He lived and breathed for each and every one of them his entire life. His greatest joy was watching his family grow not only by numbers but in their happiness and success as well. Robert’s most cherished career field was medicine. He spent many years studying and working in the medical field, going from student to teacher not only because he was fascinated by medicine but also because true to his heart was the need to help other’s before himself. He loved reading about medicine and the military. He had a love for surfing as well, having grown up in Cocoa Beach, FL with his mother Margret and brother Richard. His mother calling him “Butchie” and his brother calling him “Bro”. Hearing those nicknames always brought a smile to his face. He also spent time indulging in his guilty pleasure of video games. After moving on from medicine as his primary career, Robert developed a love for golf, traveling around the US as a Caddie Master on different courses. Robert was a husband, son, brother, father, grandfather, uncle and cousin. He treasured those titles immensely and lived his life trying to be the very best of each title, which his family would agree, he wholeheartedly succeeded in. Robert never shied away from a challenge, even to the end he embraced it with an open heart and arms. He was always the one that was looked to for guidance, not only by his two daughters but his wife Traci as well. Traci having a conversation with his youngest daughter, saying of her husband, “I always thought your father was the smartest man. He knew everything cardiac.”

Two of the greatest loves of Robert’s life were his daughters Tiffany and Stephany. He raised them as a single father with a mission to make sure they were strong, self-sufficient and independent. He knew they needed to learn lessons in life should this day arrive so he would not have to worry about them surviving with him gone. Tiffany was his princess and Stephany his Tom Boy. Somehow, he seamlessly managed to give each of his daughter’s half of his personality. Tiffany gifted with his understanding, kindness, nurturing and a deep love for the medical field. Stephany gifted with curiosity of life, protectiveness, bravery and determination. He raised his daughters to be strong and proud, two things he was every day of his life. After “surviving raising two daughters on my own and going bald in the process” as he would say, his reward was his grandchildren. From the first-born grandchild Skyy to the newest edition Adaline, his excitement could not be contained, growing with every new bundle of joy. Each grandchild was a new beginning, a new great love for Robert. Sitting on the couch or napping in bed with his grandbabies brought peace to his mind and heart. Watching him with his grandchildren brought happiness to not only his family but to him as well. Robert was known to his grandchildren as Grandpa, Pe-Pop and Pop-Pop.

After meeting his wife Traci over 30 years ago for the first time, life decided to bring them back together again. Finding each other on social media years later, it was clear to both of them that they had found in each other what both of them needed the most, a loving place to land and a solid rock to keep them steady. As time and conversation went on, they realized how much they truly loved each other and Robert proposed to Traci. With the support of his family, Robert moved to Harrodsburg, KY with his soon to be bride and began a new chapter of his life. They went on to marry the 23rd of October 2021 in Danville, KY. Robert and Traci enjoyed each other’s company every second they were together. Both having told family members they had “found their best friend.” Robert having trusted and loved Traci so much, he even began eating vegetables! They would sit and talk for hours, sip coffee on the porch, looking out over the hills in front of their family home. Robert had lived in Florida most of his life, so Traci took great joy in watching how much he fell in love with not only her but his new surroundings. Traci fondly remembers how he loved to drive past the farms and watch the crops being harvested, watch the snow fall and the leaves change colors. Traci described the love of her life as handsome, strong, with biceps she loved and her soulmate saying, “Not everyone in life is lucky enough to found a love like ours.” Robert began his life in the mountains of North Carolina, raised a family on the beaches of Florida and gracefully passed on while enjoying the beautiful life he had created with his loving wife and soulmate Traci, in the hills of Kentucky. Robert was strong, intelligent, protective, loving, kind, brave and loyal. While his family is grieving the loss of their Robert and adapting to a new world without him here, peace and security are brought to their minds knowing he is with them each and every day, safely in their hearts, forever and always.

Revelation 21:3: With that I heard a loud voice from the throne say: “Look! The tent of God is with mankind, and he will reside with them, and they will be his people. And God himself will be with them. 4: And he will wipe out every tear from their eyes, and death will be no more, neither will mourning nor outcry nor pain be anymore. The former things have passed away.”

If Tomorrow Starts Without Me – David Romano
If tomorrow starts without me, and I’m not there to see,
If the sun should rise and find your eyes all filled with tears for me;
I wish so much you wouldn’t cry the way you did today,
while thinking of the many things we didn’t get to say.
I know how much you care for me, and how much I care for you,
and each time that you think of me I know you’ll miss me too;
But when tomorrow starts without me, please try to understand,
that an angel came and called my name and took me by the hand,
and said my place was ready in heaven far above,
and that I’d have to leave behind all those I dearly love.
But as I turned to walk away, a tear fell from my eye,
for all my life, I’d always thought I didn’t want to die.
I had so much to live for and so much yet to do,
it seemed almost impossible that I was leaving you.
I thought of all the love we shared and all the fun we had.
If I could relive yesterday, I thought, just for a while,
I’d say goodbye and hug you and maybe see you smile.
But then I fully realized that this could never be,
for emptiness and memories would take the place of me.
And when I thought of worldly things that I’d miss come tomorrow.
I thought of you, and when I did, my heart was filled with sorrow.
But when I walked through Heaven’s gates, I felt so much at home.
When God looked down and smiled at me, from His great golden throne,
He said, “This is eternity and all I’ve promised you,
Today your life on earth is past but here it’s starts anew.
I promise no tomorrow, but today will always last.
and since each day’s the same, there’s no longing for the past.
But you have been so faithful, so trusting, so true.
Though there were times you did some things you knew you shouldn’t do.
And you have been forgiven and now at last you’re free.
So won’t you come and take my hand and share my life with me?
So if tomorrow starts without me, don’t think we’re far apart,
for every time you think of me, please know I’m in your heart.