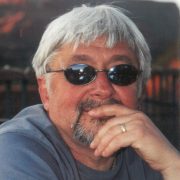 A Celebration of Life will be held at a later date.

Peter Ari Schwartz, 70, passed into the next life on December 26, 2022, at his residence in Danville, KY.  He was born in Oradea, Romania on January 26, 1952, to the late Francis Schwartz and Erma Toth Schwartz.  He graduated from Claremont McKenna College, and he dearly loved being a High School Math teacher. Peter was considered by many to be a great friend with a warm heart and a fantastic mentor, and he was a great and generous humanitarian to all he met.  Peter was a veteran in the Israeli Army, and he fought valiantly in the Yom Kippur war also known as the 1973 October War.

He was married to his beloved wife Romelle Ray Schwartz for 23 years, and together they raised many children, and he was a father figure to many. Peter is survived by his son, Lance Cater, granddaughter Cassidy Ackerman and Heidi Millar and Jen Engerik. Peter is also survived by his brother Paul ( Julie) Schwartz and sister Agi Z’et’enyi, his in-laws Bob (Deanna) Ray, nieces Kriszta Jakab and Katelyn Jakob Z’et’enyi, and great nieces and nephews, Tamar, Roni, Noam and Lian

A celebration of Life will be held at a later date.