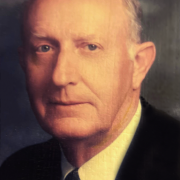 Paul James Chupka, 84, died on January 7, 2023. He was born in Whitinsville, Massachusetts on April 19, 1938, to the late John and Mary Chupka. He Graduated from Douglas High School, in East Douglas Massachusetts. He began his career attending A and E Aviation school to become a certified aircraft mechanic. Paul then served in the United States Airforce during Vietnam, staying in his field. After his tour of service, he continued in aviation, for American Airlines for over forty years. His final five years with them, were as the crew chief for the engine shop at LAX.

Paul was a passionate outdoorsman. His love of fishing, camping and boating began early in his life in the woods of the Northeast. He enjoyed an adventurous childhood, skating on frozen ponds, ice fishing with his father, and helping his mother in the garden. He shared this love with his daughters, spending summers at the lake teaching them to catch and clean fish, and identify the local birds. Animals loved him, stray cats sought him out, squirrels would follow him down the street and even wild birds have been known to land on him.

He had a signature style, a flannel shirt and ballcap, with a clever barb rolling off his tongue. He loved to make people laugh. He knew the importance of connection and he cherished talking to friends and neighbors. His daughters were the stars that shine, his wife, the sun to center on.

Paul was preceded in death by a daughter, Cynthia Lynn Chupka, and a sister, Margaret Lillian Ozanik.

The funeral service will be held at 1 pm on Wednesday, January 11, 2023, at Stith Funeral Home in Danville. Deacon Brian Wentz will officiate. Pallbearers will be James Tucker, Mike Crane, Daniel Ragone, Matthew Crane, Philip Saltmarsh, and Asif Chowdhury. Visitation will be from 11-1 prior to the funeral. Burial will be at Camp Nelson National Cemetery. Donations made be made to Heritage Hospice of Danville. A list of local florists, our online guestbook and Hugs from Home program are available at www.stithcares.com.