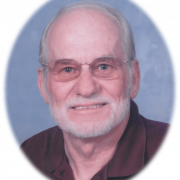 Paul Anderson, born on July 26, 1931, passed away at the age of 90 on July 9, 2022. Paul was preceded in death by his parents as well as 8 brothers and 2 sisters. Paul leaves behind his wife Elizabeth (Cottle) Anderson, his daughter, Talitha Fowlkes, son-in-law, Keith Fowlkes and 2 grandchildren, Grayson Paul Fowlkes and Teagan Elizabeth Fowlkes. Paul also leaves behind 3 nieces and their families.

Paul was born in Vinton, Virginia and joined the military at the age of 17. He served in the U.S. Navy during the Korean War on a submarine as a sonarman and became a Navy pilot before leaving the military. Paul received his Bachelor’s Degree in Journalism from the University of Missouri and began working for the Chicago Tribune in 1963. He went on to be a reporter for the CBS affiliate in Norfolk, VA and soon took a position as Deputy Superintendent of the U.S. Senate Press Gallery where he served for 12 years. He served there during the Watergate scandal as well as many other significant Senate hearings. Paul retired from government service in 1981 and went on to serve for a short time with Worldteam Missions as Communication Director before returning to school. Paul went on to earn his Master’s Degree from the University of Miami and worked as a tenured professor in the Communication Department at the University of Tennessee at Martin. He was later given the honorary status of Associate Professor Emeritus at UT-Martin. Paul and his wife, Elizabeth retired from this position and Paul taught as an adjunct professor at East Tennessee State University for several years.

Paul was an avid golfer, woodcarver, and fly fisherman. Paul came to know Jesus at the age of 30 and began his lifelong journey with his Lord and Savior. Paul was very involved in ministry throughout the years, wanting others to know of the hope and help of Jesus Christ.

Visitation will be from 4 to 6 pm, Wednesday, July 13, 2022, at Stith Funeral Home, Danville. A graveside service will be 11 a.m., Thursday, July 14, 2022, at Camp Nelson National Cemetery. Memorial donations are suggested to Salvation Army, Danville, KY. Please sign the online guestbook or send a Hugs from Home.