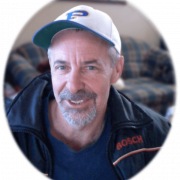 Michael Owen Cassada, 63, died May 7, 2022, in Austin, Texas. Born February 2, 1959, in Danville, he was the son of Ann and the late Hershel Cassada. Michael graduated from Danville High School in 1977 then served in the U.S. Navy from 1977 to 1982. He moved to Texas and worked for Executone Phone Company.   Michael is survived by his wife, Debbie McDaniels Cassada; five children; five grandchildren; and his three sisters, Sherry (Jerry Brown), Linda Ann Cassada, and Lee Ann Hunt.  Visitation will be from 3 p.m. to 5 p.m., Friday, July 15, 2022 at Stith Funeral Home, Danville prior to a memorial service at 5 p.m. for Mike and his sister, Linda.   Please sign the online guestbook or send a Hugs from Home.

On May 7th we had to say goodbye to our son/brother, Mike.   2 months later we said goodbue to our daughter/sister, Linda.  We are

saddened but they both knew where they were going and they are no longer suffering.  We rejoice that we know we will see them again

restored, happy and healthy.  Mike passed on Derby Day. and it is fitting to say that he ran his race and crossed the finish line to receive his

crown.  Linda passed on the Fourth of July and for those who knew and loved Linda, you will get that ……. she went out with a BANG!