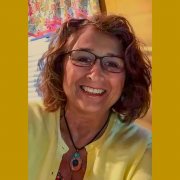 Louellen was an avid gardener who planted seeds of love, compassion, laughter, and generosity through her personal faith and infectious smile. Her greatest joy came from caring for her family and spending time with grandson Teagan. One challenge Louellen eagerly took on for Teagan was the fine art of raising chickens.

Louellen was a difference maker. She gave generously of her time and resources to causes for which she cared deeply, including The American Cancer Society, the Heart of Kentucky United Way, and the Annual EG Plummer Run & Walk (supporting the high school athletic teams). Nearest to her heart was the Alum Springs Baptist Church where she served as a Sunday School teacher. As a Christian, Louellen ensured spending time in prayer, reading the Bible, tithing, and supporting her church were a priority. God’s love, through the church, strengthened her each day.

Adventure and laughter were two things Louellen believed in. You bring the adventure, and she brought the laughter. She loved to travel and spend time on the beach with her family and seeing some of the world’s greatest wonders such as the Grand Canyon with friends. Everyone could see the world through that beautiful smile.

Louellen brought much beauty to the world through her servant’s heart. She was a leader and gave much to the Danville community as an administrative assistant to the Danville Ind. Schools, where she graduated High School. For her service, she was named the Outstanding Office Professional of the Year in 2011, a statewide honor given by the Kentucky Association of School Administrators. She was nominated by the entire school district leadership team. She later retired from Danville School Central Office. Louellen lived each moment giving to and helping others grow personally and professionally.

Louellen was a strong believer in “every ending has a new beginning.” Heaven-side, Louellen gave generously—the gift of life by donating her organs so that others might live.

In addition to her parents, she is predeceased by her brothers Charles (Betty) and James Bugg.