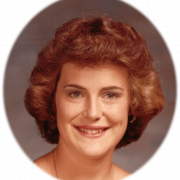 On May 7th we had to say goodbye to our son/brother, Mike.   2 months later we said goodbue to our daughter/sister, Linda.  We are

saddened but they both knew where they were going and they are no longer suffering.  We rejoice that we know we will see them again

restored, happy and healthy.  Mike passed on Derby Day. and it is fitting to say that he ran his race and crossed the finish line to receive his

crown.  Linda passed on the Fourth of July and for those who knew and loved Linda, you will get that ……. she went out with a BANG!

Linda Ann Cassada, 61, died July 4, 2022. She was born July 26, 1960 in Danville to Patricia Ann Weddle Cassada and the late Hershel Lee Cassada. Linda graduated from Danville Hugh School in 1978 and went on to graduate with a bachelor’s degree in education at Cumberland College. She was a member of First Baptist Church of Danville. In addition to her father, she is predeceased by her brother, Mike Cassada. She is survived by her mother, Ann Cassada; daughter, Hillary Thompson of Cincinnati, Ohio; four grandchildren; and two sisters, Sherry (Jerry) Brown of Burlington, KY, and LeeAnn Hunt of Danville. The online guestbook and Hugs from Home are available at www.stithcares.com