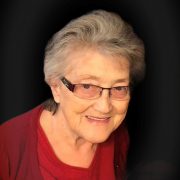 Mrs. Lenora Mae Ferrell, daughter of the late Herstle and Ollie Pearl King of Parksville, was born November 4, 1940. Lenora was joined in Holy Matrimony to the late Norman Ferrell on June 7th, 1958. They enjoyed a wonderful life together for 55 years until his passing in 2013.

She was a member of the First Church of God in Danville. Her Christian life was as beautiful as the flowers that she loved so well, and her influence will forever remain in the lives of all who knew her. An avid rook player, she loved nothing more than getting together with all her family for game nights or curling up with a good book. As a result of her generous spirit and pleasant personality, she was loved by many.

Lenora passed peacefully into her heavenly home on January 24, 2022 while surrounded by her daughters. Her beautiful life will forever be cherished in the lives of her children and grandchildren. She is survived by her 4 daughters, Teresa Pelfrey, Trina (Ron) Sawyer, Deirdre (Rick) Kinter, and Deanna (Chris) Charles. She was a loving Nana to her 11 grandchildren and is survived by Brandon (Alexis) Pelfrey, Alysha (Keaton) Henderson, Amber (Jordan) Craddock, Erika (Robert) Lee, Paige Ferrell, Chelsea (Dakota Pelley) Sawyer, Logan Oliver, Kaylee Ferrell, and Alaina Charles. She also had 11 great-grandchildren; Julia and Emily Lavender, Yasmín Anderson-Lopez, Noah Henderson, Lee and Corbin Pelley, Maddie Pelfrey, Ryder Caldwell, and Reese, Grayson, and Easton Craddock.

She is survived by three brothers, Calvin (Ruby) King, and Gary (Pat) King, and Eric Hogue. She’s also survived by 2 foster daughters, Rita Ferrell and Rose Daugherty as well as multiple others.

Lenora was a business woman who employed many people during her 37 years as owner of the Danville H&R Block franchise. She was loving and generous to all her employees and a host of loyal clients.

A special thank you to Dr. Mohammed, Dustin Taylor, and all the staff at Fresenius Kidney Center for all the care they showed her.

Visitation will be from 4 to 7 p.m., Thursday at Stith Funeral Home, Junction City. The funeral service will be 2 p.m., Friday, January 28, 2022 at Stith Funeral Home, Junction City. Rev. Scott Vifquain and Rev. Kevin Cummins will officiate. The entombment will follow at Danville Memorial Gardens. The active pallbearers will be Brandon Pelfrey, Logan Oliver, Rick Kinter, Chris Charles, Jordan Craddock, Robert Lee, Keaton Henderson, and Dakota Pelley. The honorary pallbearers will be Donnie King and Bobby Caldwell. The online guestbook and our Hugs from Home program cards are available at www.stithcares.com