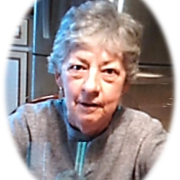 Services are pending at this time.

Judith Ann Hootman, 80, of Danville, Kentucky, died Wednesday, January 18, 2023. She was born in Newark, Ohio on April 18, 1942, to the late Carl Cramer and the late Ruth Ann Cramer. Judith was employed by Standard Products where she worked in automotive manufacturing for many years. Judith is preceded in death by her husband Marlyn Hootman.

Judith is survived by a daughter, Tina Ann Ragland of Danville.

Services for Judith Hootman are pending at this time.

A full obituary will be available soon.