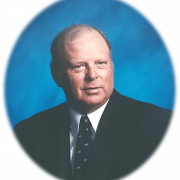 Donald Edward Wilson, 79, of Stanford, died peacefully at his home surrounded by his loving family Wednesday, July 20, 2022.  Born September 17, 1942 in Daviess County, he was the son of Forest Edward and Frances Glover Wilson.  At the time of his retirement, Don was Superintendent of Construction with Kentucky Utilities having served the company for 33 years. Don was a member of Sts. Peter and Paul Catholic Church. He loved his family and friends, was a master carpenter, preservationist of old cars and a gifted storyteller (and some were even true).