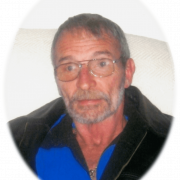 Dexter Lee Mattingly, 66, died on June 27, 2022. He was born February 6, 1956, in Marion County, the son of the late Joseph Bernard and Evelyn Smothers Mattingly. Dexter worked for Lee’s Upholstering. He was known for being good with his hands in woodworking and upholstery work for any type of building. Dexter was a hard worker and very outgoing; he never met a stranger. Dexter was a stubborn man, but he loved and cared for all. In addition to his parents, he is predeceased by four brothers, Joseph Mattingly, Jerry Mattingly, David Mattingly, and Howard Mattingly, and his wives Brenda Belcher Mattingly and Gayla Robinson.

Visitation will be 11 am to 1 pm, Thursday, June 30, 2022, at Stith Funeral Home, Junction City, with a service to follow at 1 pm. Rev. Jonathan Grizzell will officiate. Burial will be at Parksville Cemetery. Pallbearers will be Nick Goode, Gage Conder, Jackson Smith, Lee Belcher, Ernie, and Tim Montgomery.