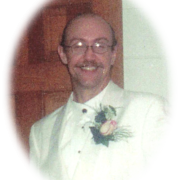 David Allen Young, died December 13, 2022, in Danville, KY surrounded by his family.  He was born on October 13, 1959, in Ft. Lauderdale, Florida to Patricia Miller Pike and the late Curtis Young.  David was a proud Veteran of the Navy and a world traveler.  He loved telling stories, spending time with his family and making them laugh.  He especially loved telling stories of his time in the Navy.

David is survived by his daughter, Kayallen (Callie) Young, his brothers, Curtis (Jodie) Young, John (Dianne) Young and a sister, Alice (Gary) Reynolds, several nieces and nephews and many friends.

Private family time was held, and burial will be 12:30 p.m., Wednesday at Camp Nelson National Cemetery with military honors by the United States Navy and American Legion Post #18. The online guestbook is available at www.stithcares.com.