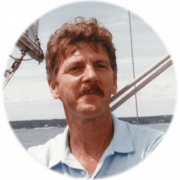 Darrell Dana “Cush” Cushing, 79, died June 18, 2022, in Danville. Born in Portland, Maine, on Monday, the twentieth day of July, 1942, he was the son of Malcome Bryant and Marjorie L (Lowe) Cushing. Cush lived and attended grade school in So. Freeport Maine until 1949 when his family moved to Andover, Maine, where he attended schools in the area, including a one-room schoolhouse in East Andover with no running water and outhouses, and Andover High School where he graduated in the class of 1960. He started his working career plowing roads in the winter and working for Farrington’s Sawmill during the summers. In December of 1962, out of work and with only seventy dollars to his name, Darrell decided that a career change was badly needed and moved to So. Deerfield, Massachusetts, and got hired on as a machine operator for Deerfield Plastic’s Company (doubling his salary to $2.35 per hour). In 1966 he met and married the former Teresa C Lemoine, and together they had two wonderful children, Michael and Laurie. In 1977/1978, Deerfield Plastic’s Company decided to build a second plant in Danville, Kentucky. Concerned that the Massachusetts plant would not survive until his retirement, Darrell moved his family in the spring of 1978 and took a position as operation’s manager / plant manager, retiring on December 12, 2002, after thirty-seven years of service.

A self-taught engineer of sorts, and a holder of several U.S. patents, Darrell always welcomed a new challenge. He also enjoyed working on old Porsche cars with his son, going to the Indianapolis 500, vacations on the coast, projects on his children’s home, hanging out at J & J Auto, but most of all, watching his grandchildren grow up. In addition to his parents, Darrell. is predeceased by a son, Michael D. Cushing.

In accordance with Mr. Cushing’s wishes, there will be no services and his ashes will be scattered out to sea in So. Freeport, Maine, at a later date. In lieu of flowers, memorial donations are suggested to University of Kentucky Children’s Hospital Neonatal Intensive Care Unit program. The online guestbook and our Hugs from Home program are available at www.stithcares.com.