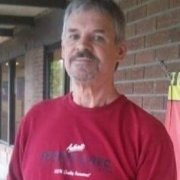 Posted at the families request.

He was preceded in death by his parents, Charlie and Ruby Baker Napier, by one son, David Lee Napier and by two brothers, Jimmy Darrell Napier and Ted Napier. He was of the Pentecostal Holiness faith and worked as a self-employed roofer and was a veteran of the United States Marine Corps.

Funeral services for Mr. Charlie Napier, Jr will be conducted at 2:00 p.m. on Thursday afternoon in the Laurel Funeral Home Chapel with Bro. Ron Mozier and Bro. Josh Griffith officiating. Burial will follow in the Locust Grove Cemetery in Keavy, Kentucky with military honors conducted by the local D.A.V. The family of Mr. Charlie Napier, Jr. will receive friends at Laurel Funeral Home on Thursday from 12:00 Noon until the funeral hour of 2:00 p.m.

Laurel Funeral Home, Corbin, Kentucky is honored to be of service to the Napier family.